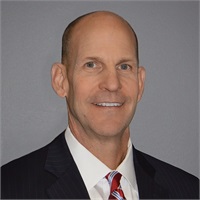 David Anderson, a Partner with SHA Retirement Group, has more than 25 years’ experience in the retirement plan business. He advises 401(k), 403(b), and defined benefit plans for public and private corporations and higher education institutions.

David entered the industry in 1992 with Cigna Retirement and Investment Services and later moved to Fidelity where he gained valuable experience and insight into the “provider” side of the business. He became an advisor in 2002 and later joined Raymond James where he served on their Retirement Advisory Council  before joining SHA in 2007.

David received his Bachelor of Science in Business Administration and Financial Management from Valparaiso University. He holds a Series 66 license and is an Investment Advisory Representative of Resources Investment Advisors LLC.  He also holds the Accredited Investment Fiduciary® (AIF®) and PLANSPONSOR Retirement Professional (PRP™) designations.